PHH Mortgage Corporation, Plaintiff(s) v. Robert D. Koch a/k/a Robert Koch, et al
Index No. 2235/11
Plaintiffs commenced his residential mortgage foreclosure suit alleging Koch executed a note and mortgage, but later defaulted by failing to make payments. The mortgage and note were assigned to PHH Mortgage Corp. (PMC) and it accelerated the note, commencing suit based on Koch's default. PMC sought permission to strike the John Doe defendants from the caption arguing they were not necessary parties to the action. The court noted as defendant failed to appear, answer or oppose the motion, there was no prejudice to any party, and granted the request. PMC also sought to appoint a referee to compute. When seeking an order of reference to determine the amount due on an encumbered property, a plaintiff must show its entitlement to a judgment. Here, the court noted that while PMC demonstrated compliance with the notice requirements of Real Property Actions and Proceedings Law §1303, it failed to comply with the strict statutory requirements of RPAPL §1304. Therefore, the court concluded PMC's motion for appointment of a referee to compute under RPAPL §1321 must be denied.

Click here for the full Decision & Order: http://www.newyorklawjournal.com
at 10:44 AM 2 comments:

A Brooklyn Woman was Acquitted of all Charges in Kings County Supreme Court Yesterday in a Trial for an Arson that Destroyed a Commercial Store on July 3, 2012

For several years prior to the fire, Ms. Wei volunteered her time at a cell phone store, which was located in a shopping mini mall at 5818 8th Avenue. Prosecutors presented video surveillance from July 2, 2012 that they say showed Ms. Wei stealing money from the purse of the wife of the owner of the cell phone store. Bo "Paul" Yang, owner of the cellphone store, testified that he called Ms. Wei on the night of July 2 and told her that a theft had occurred in the store and that video surveillance from a jewelry store in the shopping plaza captured the incident.

Video evidence showed that the next morning, July 3, 2012, an individual dressed in a disguise consisting of a large hat, glasses, and a trench coat entered the mini mall, walked behind the counter of the cell phone store, stole money from a drawer behind the counter and then walked off camera. Seconds later this person fled the location with his or her feet on fire after what appeared to be a flash or explosion. The actual arson was not caught on the video. Mr. Yang reviewed the video and opined that Ms. Wei was the person in the disguise. Ms. Wei was arrested hours later, but had no injuries to her feet.

At trial the District Attorney's Office attempted to prove that Yan Wei was the person in the disguise. Four witnesses testified for the prosecution and claimed to recognize Ms. Wei by her "manly hands" and "meaty feet." Mr. Robert Brown, attorney for Yan Wei, told the jury that the prosecutor's theory of the case was a "fairy tale."

Mr. Brown, who was assisted on trial by attorney Michael Cirigliano, exposed the witnesses' incredibility. Mr. Brown presented evidence that the prosecutions witnesses' had committed Medicaid fraud and attempted to collect an insurance claim for items not actually destroyed by the fire. Moreover, Mr. Brown successfully argued that the idea of identifying someone by their hands or feet was preposterous. Mr. Brown also pointed out to the jury that a different employee of the cell phone store was caught on a July 2 video wearing the same sandals as the individual in disguise.

Before the case was brought to trial, Ms. Wei spent almost an entire year in custody. In the end, the jury found Yan Wei not guilty of petit larceny and arson in the second degree. 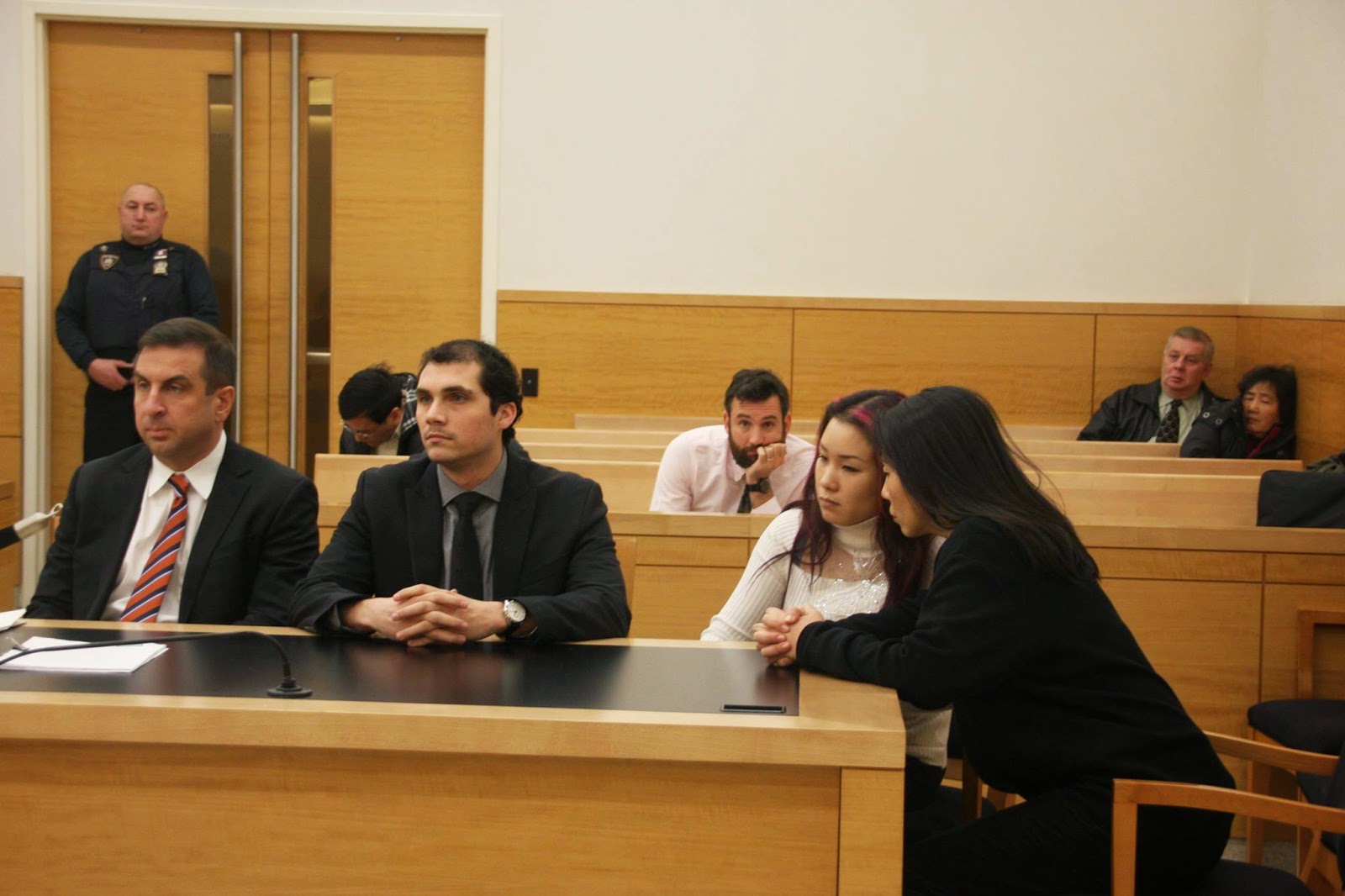 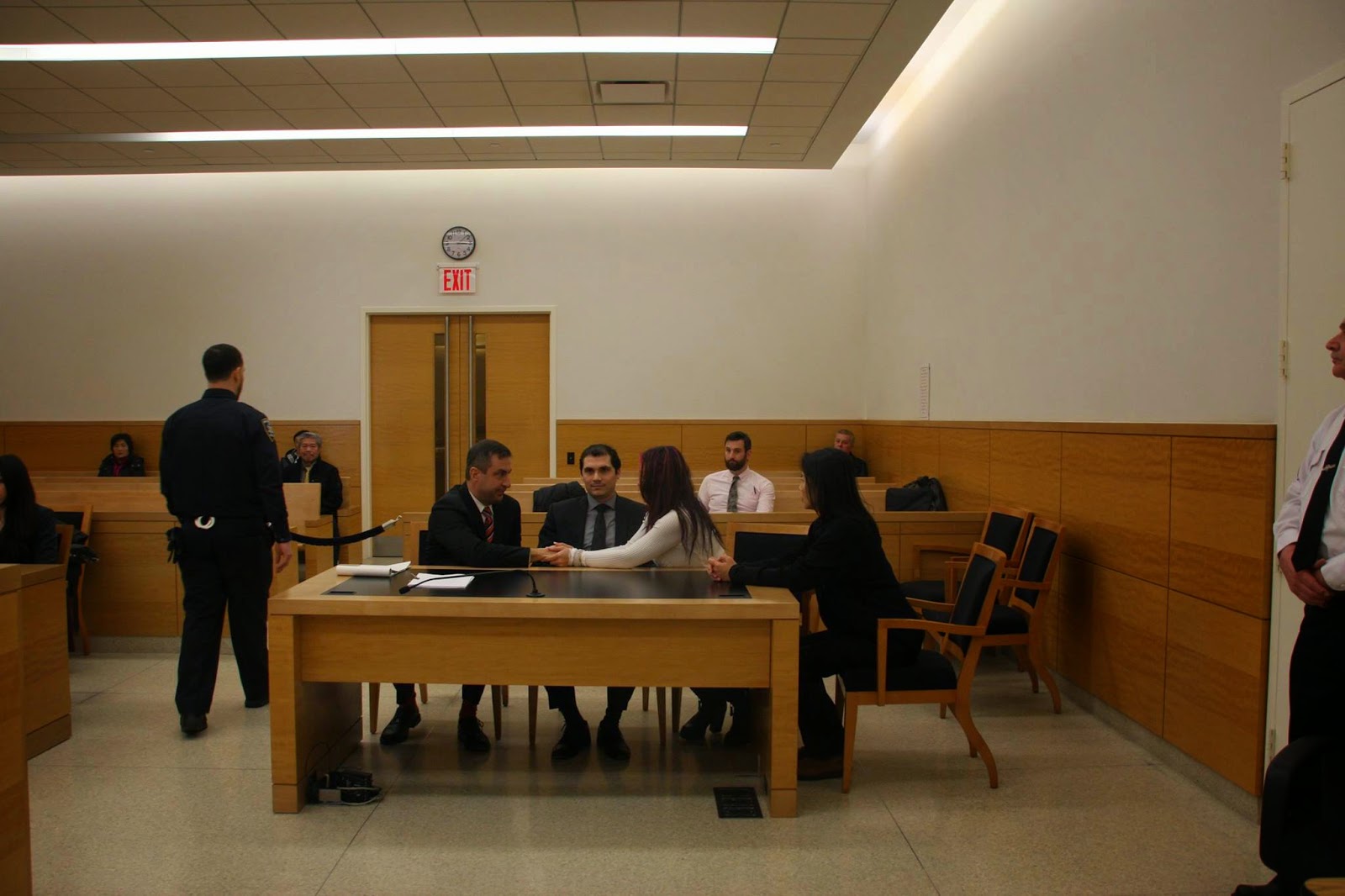 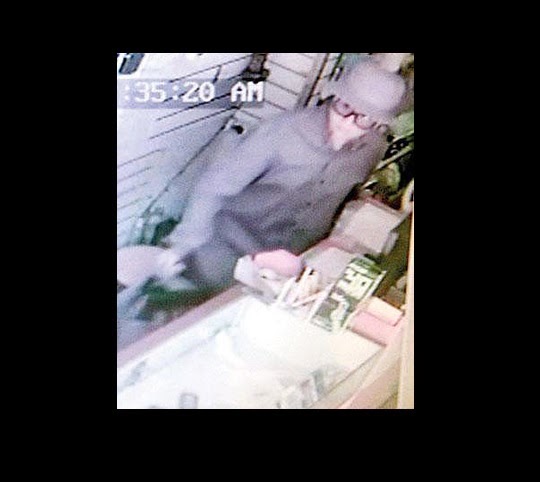 The U.S. Supreme Court ruled unanimously in favor of consumers Tuesday, interpreting a federal law to allow homeowners up to three years to give notice to their banks that they want to rescind their mortgage loans.

The ruling in Jesinoski v. Countrywide Home Loans was one of two decisions issued Tuesday that had these common characteristics: unanimous, five pages long, interpreting federal statutes, and written by Justice Antonin Scalia, who is not always known for either coalition-building or brevity.

Scalia did not get to announce the cases from the bench, however. He was stuck in traffic, leaving the task to Chief Justice John Roberts Jr. Scalia arrived in time to hear the day's oral arguments, which began after opinions were announced.

In 2007, Minnesotans Larry and Cheryle Jesinoski refinanced their mortgage with Countrywide, and exactly three years later tried to rescind the loan in a letter to Bank of America Home Loans, which had acquired Countrywide during the housing finance crisis of the period.

In doing so, the Jesinoskis relied on the Truth in Lending Act, which gives borrowers the right to rescind a loan by "notifying the creditor" within three years after the transaction is consummated. But the Bank of America tried to block the rescission, and the U.S. Court of Appeals for the Eighth Circuit ruled in the bank's favor, finding that the borrower must actually file a lawsuit within three years, not just give notice.

The language of the law "leaves no doubt" that only notification and not litigation is required within three years, Scalia said....
at 3:14 PM No comments:

Bank of America (BoA) moved to dismiss this breach of contract action arising from homeowner Lyo's attempt to secure a loan modification. When Lyo had mortgage difficulties, she contacted BoA who sent her an application for a loan modification, and BoA accepted and mailed Lyo an agreement for a Trial Period Plan (TPP) agreement. Lyo made the trial payments and continued to do so after the trial period was fnished, but BoA never sent her documents for a permanently modified loan. Lyo was notified she was ineligible for a modified loan due to the net present value (NPV) of the premises. In July 2011, for the first time in 23 months since execution of the TPP, BoA rejected Lyo's monthly payment. The court found Lyo's TPP could stand alone as an enforceable contract to grant her a loan modification as described within if conditions were met, rather than being so intertwined with the HAMP program that her claims could be deemed private causes of action under federal law. It found the language of the TPP provided unequivocally that upon Lyo's compliance with all conditions BoA was affirmatively obligated to act in granting her a permanently modified loan. Thus, Lyo was entitled to a trial and any conflicting language within the TPP mitigated against dismissal.

The full decision can be found here: http://www.newyorklawjournal.com
at 2:07 PM No comments:


The full decision can be found here: http://www.newyorklawjournal.com
at 1:55 PM 1 comment: