Wells Fargo Bank moved for summary judgment and appointment of a referee to compute. Defendants cross-moved for dismissal of the complaint in this foreclosure mortgage action alleging lack of standing. The court stated an electronic note signed electronically by the mortgagor was a "transferable record," noting a person having control of a transferable record was the holder. An affidavit from Wilson, Vice President Loan Documentation for plaintiff, stated plaintiff was in possession of the promissory note, an electronic note, and was the current controller. Yet, the court found Wilson did not expressly state she examined the note holder registry or identify the source from which she determined plaintiff was controller of the electronic note. It ruled in the absence of factual details as to the transfer of the electronic note to plaintiff, including the transfer date, it could not be established that plaintiff controlled the electronic note on the date this action was commenced. Hence, plaintiff failed to establish standing as part of its prima facie case, and its motion was denied. Also, as defendant failed to submit sufficient proof plaintiff was not the holder of the electronic note at the time the action was commenced, the cross-motion to dismiss was denied.

The full decision can be found here

U.S. Bank moved to strike defendants' answer, defenses and counterclaim, and granting it summary judgment in this foreclosure proceeding. It produced a copy of the mortgage, and written assignment of same, among other things, proffering an affidavit of Wilde, who asserted defendants defaulted on the loan and bank was in physical possession of the note. Defendants asserted they never received correspondence regarding foreclosure settlement conferences, seeking to have the matter remanded to the settlement part. They also challenged bank's standing to sue herein. Wilde's affidavit averred only that before the action was commenced it was verified that bank was in physical possession of the note, but he did not provide factual details regarding the physical delivery of the note, or that he personally inspected the original note. The court stated absent such further details, bank failed to establish prima facie it was holder of the note before commencement of this action, and thus, was insufficient to establish bank's standing without details concerning the physical delivery. Given that defendants resided at the property, only missed an initial recent conference date and public policy considerations, the court referred the matter to the foreclosure settlement conference part.

The full article and decision can be found here
at 3:17 PM No comments:

New York is imposing new requirements on mortgage lenders to maintain abandoned houses before foreclosure.
The law, signed Thursday by Gov. Andrew Cuomo, threatens banks with civil penalties up to $500 a day for failing to maintain residential properties once they're aware of vacancies.
The old law required they take responsibility following a foreclosure judgment, which Cuomo said left hundreds of "zombie properties" across the state.
The signed legislation, A10741/S8159, also establishes an electronic statewide registry of abandoned homes, establishes a state hotline where neighbors can report them and requires notices to mortgage borrowers emphasizing their right to stay in houses until foreclosure.
"It brings together multiple strands that, combined, will help homeowners, neighborhoods and municipalities and New York State at large, move from crisis into recovery," said Kirsten Keefe, a senior attorney at the nonprofit law firm Empire Justice Center. "The settlement conference and notice improvements alone will have an immense impact. I look forward to seeing this new law put into action."
A related measure, A10730/S8141, establishes a State of New York Mortgage Agency fund to buy and sell abandoned properties at below-market rates and demolish those beyond repair.

THE FULL STORY CAN BE FOUND HERE

A federal jury in Brooklyn found on Monday that the Emigrant Savings Bank had discriminated against eight minority homeowners by purposefully marketing to them subprime mortgages with what were described as predatory interest rates of as much as 18 percent a year.

In 2011, the homeowners — among them a home health aide, a library worker and a clinician at Rikers Island — filed a lawsuit against the bank in Federal District Court in Brooklyn, claiming that Emigrant Savings had targeted minority customers who had low credit scores with so-called no-income refinancing loans from 2005 to 2009, both before and after the subprime crash. Ending a monthlong trial, the jury’s verdict upheld the plaintiffs’ claim that the bank had “aggressively” sold the “highly abusive” loans specifically to minority families in violation of the Fair Housing Act, among other state and federal laws.

Six of the plaintiffs were awarded a total of $950,000 in damages in the case. Two others waived their claims after entering into a loan modification agreement with the bank. “Today’s verdict was a victory for borrowers seeking redress for Emigrant’s discriminatory and predatory lending practices,” said Rachel Geballe, a lawyer for Brooklyn Legal Services, which represented the plaintiffs.

One, Edith Saint-Jean, testified that she and her husband had refinanced their home in Brooklyn to pay off more than $30,000 in delinquent bills. Ms. Saint-Jean said that an independent broker had assured her that her monthly payments on the Emigrant Savings loan would go down within six months, but it did not happen. “They destroyed my life,” she said.

Officials for the bank had argued that the mortgages represented less than 5 percent of Emigrant Savings’ total assets and often allowed low-income clients, many of them black and Latino, access to the credit market when they had no other options.

“Emigrant loans were a ‘lifeline’ for these consumers — which is why more than 70 percent of the borrowers in this program succeeded and kept their homes,” the bank said in a statement on Monday. After promising to appeal the jury’s verdict, the statement added: “Each of the plaintiffs greatly benefited from their Emigrant loans when compared to any gain they would have realized from selling their homes earlier.”

Correction: June 27, 2016
An earlier version of this article misidentified who Edith Saint-Jean had testified assured her that her monthly payments on a loan from Emigrant Savings Bank would go down after six months. It was an independent broker, not Emigrant Savings.

Legislation to clean up zombie properties signed into law

STATEN ISLAND, N.Y. -- Legislation to address the state's zombie properties -- 303 have been identified on Staten Island -- and to establish the Community Restoration Fund, was recently signed into law by Gov. Andrew Cuomo.

"This is a great day for the people of New York City, especially my constituents living in Staten Island and Brooklyn who've been dealing with this issue for far too long," said Savino.

The legislation comes on the heels of a new study that revealed that Staten Island is home to 303 zombie homes, which has resulted in plummeting property values of privately-owned homes in surrounding neighborhoods by $50.7 million.

The study, "The Next Great American Bank Robbery" -- launched by the Independent Democratic Conference (IDC) -- highlights financial and societal problems caused by zombie properties, which are those homes left to decay in the middle of the foreclosure process.

"Just like every homeowner has a duty to maintain his or her property, banks need to do the same so that nearby residents aren't forced to deal with the blight of unmaintained properties and falling property values," said Assemblywoman Nicole Malliotakis (R-East Shore/Brooklyn).

"We've experienced a surge in this problem since the devastation of Sandy, adding to the frustration of so many people who worked so hard to get their homes back into shape," she added.

IS THERE A ZOMBIE IN YOUR NEIGHBORHOOD?

According to the study, the Staten Island zip code with the most zombie homes is 10306, where there are 47 abandoned properties, and the median house value is $449,400. The overall home depreciation in this zip code is $7.1 million.

The zip code with the least amount of zombie properties was 10307, where there were six of these homes. The median house value in that zip code is $571,200, and the total depreciation due to abandoned homes is $1.2 million.

The new legislation calls for the following:

To address the zombie property blight, banks will now have to maintain vacant and abandoned properties.
A new toll-free hotline will allow people to report potentially vacant or abandoned sites, and an electronic database will provide streamlined access to information for affected communities.
An expedited foreclosure process will protect neighboring homes while improvements to mandatory settlement conferences will protect homeowners facing foreclosure.
The establishment of a Consumer Bill of Rights will inform property owners of their rights in foreclosure proceedings.

Savino and Klein introduced the legislation to establish the New York State Community Restoration Fund. This will help those homeowners who are delinquent, at risk of entering default, or may have already fallen into foreclosure due to economic hardship, said Savino.

The fund authorizes the State of New York Mortgage Agency to utilize fund resources to rehabilitate distressed properties, demolish homes that are dilapidated beyond repair, and fund not-for-profit and affordable housing developers, in order to address the foreclosure crisis, repurpose or rehabilitate foreclosed or vacant properties into affordable housing, and keep families in their homes.

The deal settles federal securities suits the FDIC filed as receiver for the failed banks to recover on their purchases of 21 Countrywide mortgage-backed securities.

For the full-story click HERE
at 2:03 PM No comments: 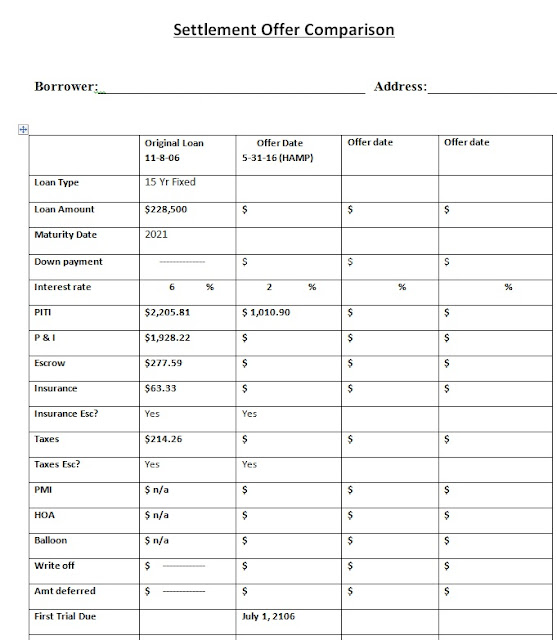