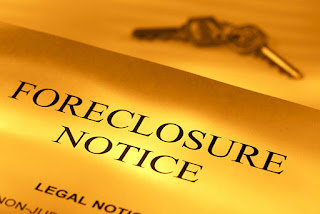 New York Attorney General Eric Schneiderman has subpoenaed MERS, an electronic registry of mortgages used by the banking industry, seeking information about how it is used by major banks as part of a joint New York-Delaware mortgage probe.

"I supported Eric Schneiderman in his campaign and I am glad that I did. It wasn’t until I was recently part of the “SAVE YOUR HOME” mortgage foreclosure defense seminar in Sarasota, Florida (sponsored by the Mortgage Justice Group) that I realized how fortunate we are in New York to have elected officials and judges who understand the plight of our homeowners."
-
Robert E. Brown, Esq.

Oct 27 (Reuters) - New York's attorney general has subpoenaed MERS, an electronic registry of mortgages used by the banking industry, seeking information about how it is used by major banks, a person familiar with the matter said on Thursday.

The subpoena comes amid widespread concern over the maintenance of mortgage documents, and banks' handling of foreclosures and is part of a joint New York-Delaware mortgage probe, the source said.

A Mers spokeswoman, Janis Smith, said there is "no merit" to Delaware's allegations. The company cooperated with the Delaware investigation and provide information it requested through a subpoena earlier this year, Smith said.

The lending institutions are Bank of America Corp, Citigroup Inc, JPMorgan Chase & Co, Wells Fargo & Co and Ally Financial Inc, this person said, requesting anonymity because they were not authorized to speak publicly.